Bringing the office to the outfield 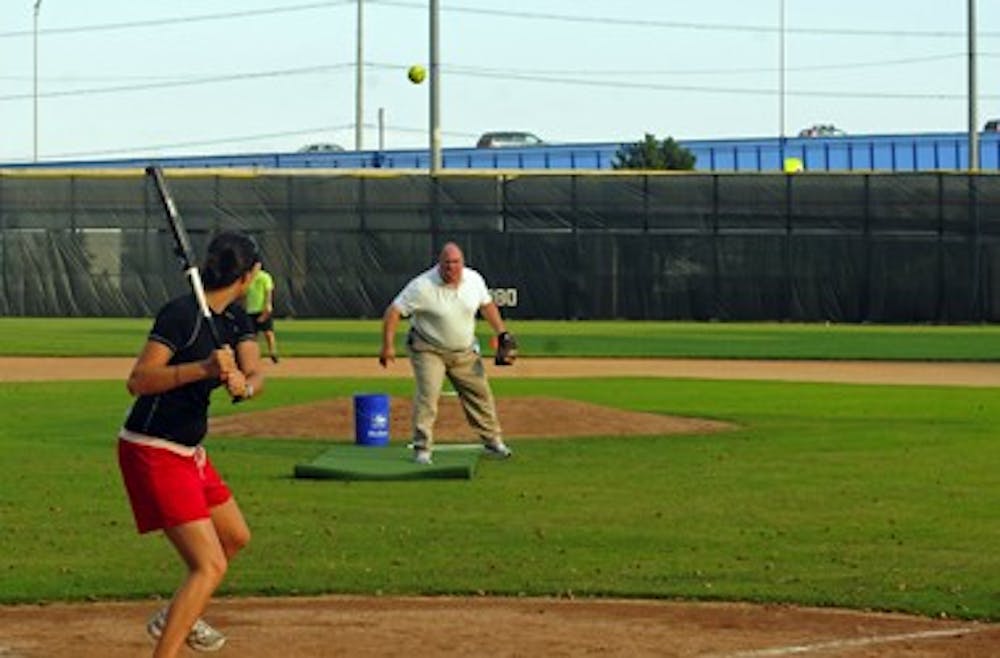 The work day has ended. Research, lesson plans and business ventures have been put to bed for the night. Clad in assorted shorts and t-shirts, a surprising group takes the field at Meiklejohn Stadium.

For as long as some players can remember summer has meant softball. The group — made up of players of varying ages, genders and skill levels — play as a part of Penn Recereation’s Summer Softball League which is geared toward faculty and staff members.

Monday’s early evening playoff game took place in the outfield. A large pipe with a tarp over it served as the bench and a single fan leaned over a low chain link fence.

Players on the bench cheered, “Come on Wharton Defense!”

The atmosphere, in spirt and scenery, resembled the little leagues more than college ball. Yet the players show skill and the game moved quickly.

Wharton One Hit Wonders (4-3) captain Scott Romeika — also the Director of Academic Affairs and Advising in the undergraduate division of Wharton — hit a walk-off home run in the final inning, bringing the score to 1-0 and beating out the office of Enviromental Health and Radiation Safety’s EHRS Regulators (4-4) for a spot in the semi-finals, which began yesterday.

Among Associate Director of Structured Sport Michael Reno’s many roles is organizing the annual league.

“[The players] are very dedicated and loyal, compared to the undergrads,” Reno said.

Occasionally students take the field, but generally they serve as umpires or scorekeepers.

Reno explained that unlike undergraduates who just show up and play, the faculty and staff are “very detail oriented with the rules.”

While this requires extra communications work on his part, Reno says the enthusiasm makes the extra time worthwhile.

However, Reno called the league “semi-competitive” but you “don’t have to be a softball player” to join.

Reno said he keeps the league exciting by hosting all-star games, home run derbies and on occasion having his intern serve as announcer.

Jordan Tegtmeyer of the Habitual Line Steppers (5-3), who works in business services as the Associate Director of Finance and Administration, explained that his team enjoys changing their name each year. He recalls team names such as the West Philly Rangers — with Chuck Norris as their mascot — Dwight’s Army of Champions and the Happy Hour Heros.

His team is made up of staff members from across the university, which he said he enjoys because it brings together people who would not normally work together.

The players, most of whom have played softball before, are “living in their glory days,” Reno explained, adding, the league is “kind of a last hoorah.”