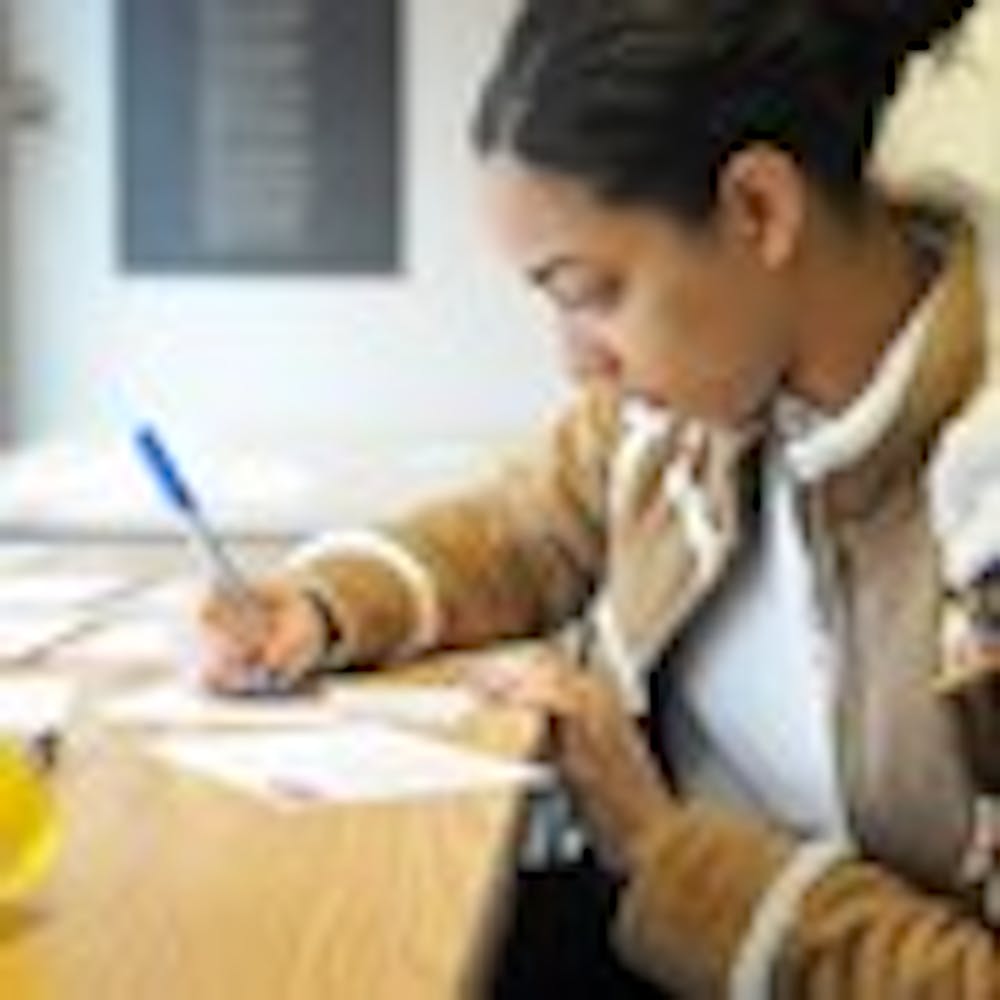 Spread out across 12 tables, hundreds of blank postcards sat in neatly stacked piles, waiting to be signed and sent out to newly admitted students.

Each postcard had one purpose — to convince the recipient to join Penn’s Class of 2015.

On Friday and Sunday, the Quaker Opportunity and Access Team — a student group created last semester to reach out to minority, low-income and first-generation applicants — hosted its first “signing parties” for students admitted through regular decision.

During both signing parties, more than 80 students came in to write their best wishes to prospective members of next year’s freshman class. Postcards were organized by state and were further broken down by cultural background — American Indian, Asian, black, Latino and white.

Postcards were also written to self-identified lesbian, gay, bisexual and transgender students, as well as allies of the LGBT community.

While Camille Green, a 2005 College graduate and coordinator of opportunity and access for the Admissions Office, declined to provide the total number of postcards sent out, most students said they signed around five to 10 apiece.

“For a student who has never visited campus, this is something that is forming a real connection to Penn,” Green said. “We’re hoping that it will contribute to strong yield numbers this year.”

Dean of Admissions Eric Furda agreed, adding that “this is where we can really have an impact on a student’s final decision.”

“The magic of the admissions dean is done once I say that you’re in,” he said. “We’re now counting on [Penn] students to give a much more personalized look at what it’s like on campus.”

Prior to the formation of Quaker OATs, students who were interested in working on admissions outreach were “very disconnected with the Admissions Office,” said College senior Lorel Burns, a former chairwoman of Quaker OATs.

“Things are now a lot more centralized, and there’s much greater access to the admissions staff,” she added.

College sophomore Hamlet Urena, vice chairman of Quaker OATs, said increasing yield numbers among minority students is especially important because “those students can offer so much to our campus.”

College freshman Luis Vargas, chairman of admissions and recruitment for the Latino Coalition, said he hopes the postcards “will encourage students to reach out to Penn before they even arrive on campus.”

While the goal behind the signing parties was to increase yield rates, College junior Stefano Di Tommaso — who serves as vice chairman for outreach with the Lambda Alliance, Penn’s umbrella organization for LGBT groups — said he was just trying to get across “a welcoming environment” through his notes.

“When I’m writing these letters, I don’t have the word ‘yield’ in mind,” Di Tommaso said. “I’m just trying to show what Penn has to offer.”

For College junior Charley Ma — the Asian Pacific Student Coalition’s representative on Quaker OATs — it would have been helpful to know more detailed information about the postcard’s recipient.

Ma said while APSC has asked the Admissions Office to receive a “more comprehensive breakdown of a student’s background beyond the word ‘Asian,’” it has made little progress.

With just a few weeks to the May 1 deadline when students must make their final college choice, though, Furda said the focus now is simple.

“Our job is to get the Penn story across to our admits,” Furda said. “I can’t think of anybody better to do that than undergraduates.”