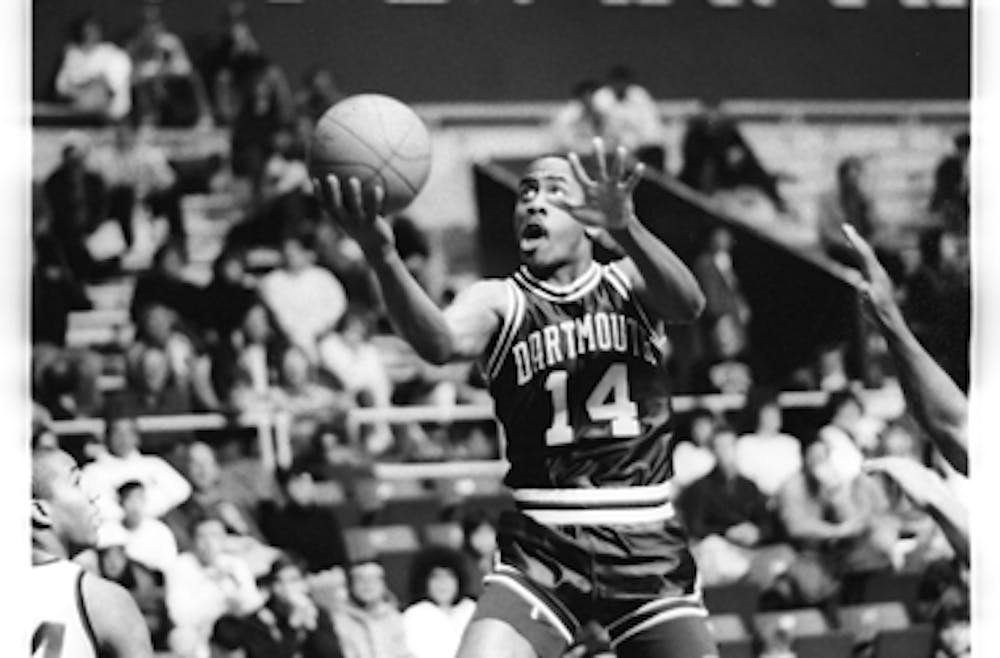 Four Ivy League men’s basketball programs have made head coaching changes in the past 14 months.

None of these new faces, however, has the experience of Dartmouth’s hire, Paul Cormier.

Though Cormier’s Big Green (5-13, 1-3 Ivy) visit Penn Friday night with just two more wins through 18 games than last year’s squad, the entire culture of the program has changed since his arrival last spring.

And the New England native thinks that’s just the beginning. Who would know better? He’s been there before — literally.

Twenty years ago, Cormier was leaving Hanover, N.H., after a seven-year stint leading Dartmouth men’s hoops. With two of the three winningest seasons in the program’s last 50 years, he had taken the Big Green to unfamiliar success and, at the very least, had established a winning culture.

Cormier’s next stop was Fairfield University, where after six seasons he led the Stags to an NCAA appearance against North Carolina, losing by just eight points.

Then he went pro, spending over a decade in the NBA as a video coordinator, scout and assistant coach at the game’s highest level. Cormier worked for the New York Knicks, Boston Celtics, New Jersey Nets, Memphis Grizzlies and, most recently, Golden State Warriors.

But when the head coaching opportunity came up at his former home, Cormier didn’t hesitate.

“The bottom line is [I wasn’t] making any real decisions [in the NBA] or final decisions in the process — I missed that,” he said.

“You just don’t have the relationship situation in the NBA you have at the college level,” he added.

Bringing a wealth of experience back to Dartmouth, Cormier shook things up immediately. He hired a whole new staff, and existing players had tryouts with no guarantee of a roster spot — let alone playing time.

“Some people didn’t make it at the beginning of the year,” senior co-captain Clive Weeden said. “[Coach] just felt for whatever reason they weren’t up to the task at hand.”

The calling card would be man-to-man defense, which would be a staple of every practice. While the Big Green are dead last in the Ivy League in scoring offense, they sit fourth in total scoring defense and field-goal percentage defense, as well as second in turnover margin and steals.

“He said we changed our defense from last year because last year he said we didn’t play any defense,” joked Weeden, who leads the team in blocks. “It’s something we want to hang our hats on.”

Cormier’s hat as Dartmouth coach is one of many he has donned over the last several decades. Before his career in the NBA, he coached at all different levels: high school junior varsity, varsity and NCAA Division II.

As an assistant under Rollie Massimo at Villanova, he helped recruit members of the 1985 NCAA national champion Wildcats’ squad.

Maybe an even lesser known hat of Cormier’s was that of a pitcher for the Cleveland Indians’ minor league organization, where he spent two years as a reliever with a 4.09 earned run average.

“The major thing that kept me from being a major league pitcher is talent,” Cormier quipped.

After a whirlwind ride through numerous levels and areas of basketball, Cormier is back where he belongs.

“There is no person that would fit better for Dartmouth,” Connecticut coach Jim Calhoun told Dartmouth Athletics after Cormier returned. “The game of college basketball is better today because of this hiring.”

With just one Ivy win under his belt during his second stint so far with the Big Green, Cormier realizes the quest for a league title is as challenging as ever.

He has already changed the intangibles of his squad, and soon Cormier will get his chance to make concrete additions next season with his first recruiting class.

Though he is at least ten years’ senior to all his Ancient Eight peers, no one would know it based on his youthful enthusiasm.

“The place that I enjoyed most of all my coaching stops was coaching at Dartmouth College and coaching in the Ivy League,” Cormier said. “We have a major task ahead of us and I’m energized, and this is where I want to be and what I want to do.”

Not bad for a dinosaur.