When heading to college is a family act 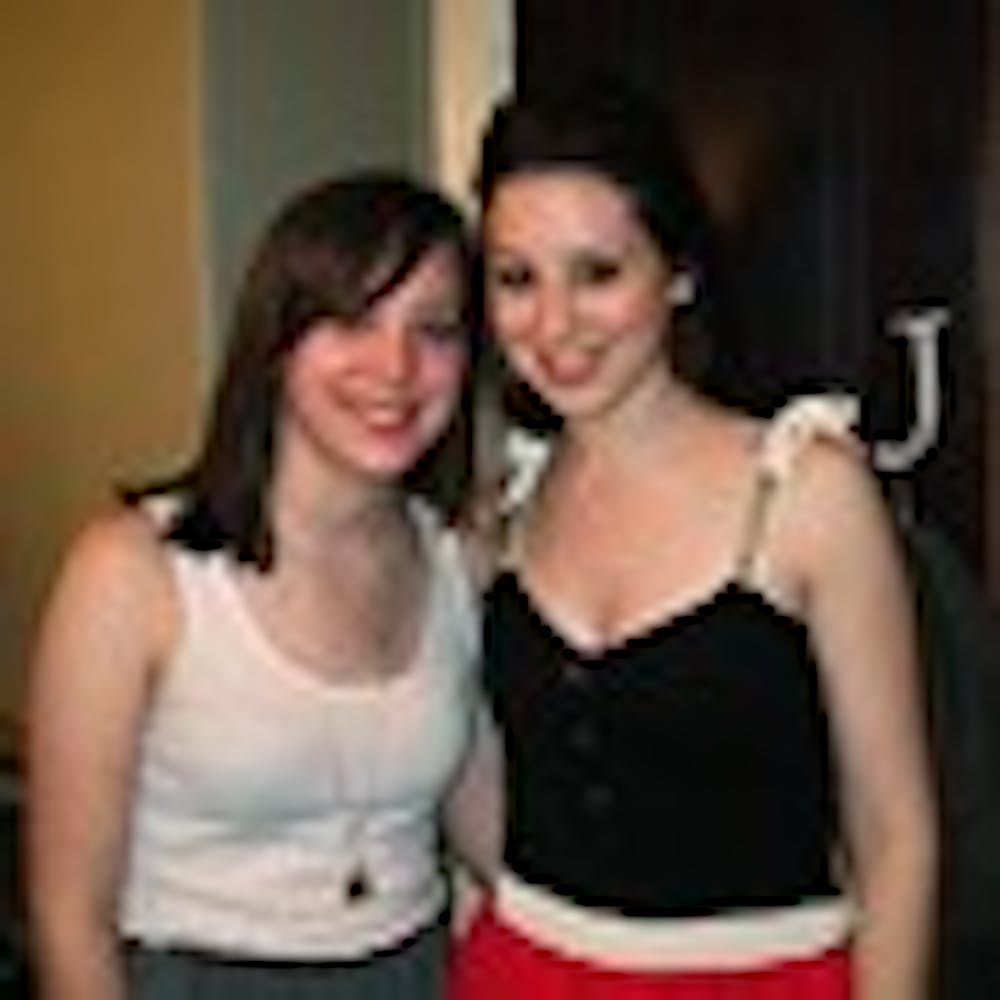 For College senior Jessica Felton and her friends, the Penn experience is a family affair.

Felton’s younger sister Stephanie is a Nursing sophomore, and three of her roommates also have or have had brothers and sisters at Penn.

But while siblings may have chosen to attend the same university, their relationships have changed since leaving home due to differences in lifestyle, classes and clubs.

The Felton sisters live apart from each other, follow different courses of study and participate in some different activities.

This is different from high school, when they lived together and took most of the same classes, albeit two years apart.

Still, both feel their bonds have been strengthened since they’ve both been at Penn.

“[Our relationship has] definitely changed in a positive way,” Jessica added.

And while the Feltons lead different lives on campus from each other, their paths continue to cross. Jessica encouraged Stephanie to become involved in Hillel, as she had, and the two are both members of Alpha Phi sorority.

“We’re more mature and can go through stuff together,” Jessica said.

The concept of maturity influencing siblings on campus is not unique to the Feltons.

College junior Aviva Caroff — whose brother, Daniel, is now a medical student at Penn and attended Penn as an undergraduate — feels her sibling relationship has grown stronger while at school because she has grown older.

Now that she has matured, she feels she has more to talk about with her her brother, who is six years her senior. Caroff said she thought her relationship with her brother would have grown regardless of attending the same school. Nonetheless, she feels that living in the same vicinity as Daniel for the first time since she was about 12 has allowed them to reconnect.

College junior Rachel Freedman and her brother, College freshman Sam Freedman, commented that their relationship has improved since they’ve both been on campus, too.

Still, their parents might not want to get too excited.

“It’s probably better here because we don’t see each other as much,” Sam said, adding that they fight less at Penn than they did at home.

Like the Feltons, the Freedmans participate in some similar and some different activities — they both tutor, but in different programs, for example — and are studying different subjects. Rachel is an English major while Sam is interested in the sciences.

It is because of the differences in courseloads that both Sam Freedman and Stephanie Felton feel they have less pressure in college to meet their older siblings’ standards than they did while in high school.

And although Aviva Caroff is studying the same pre-med curriculum her brother did while at Penn, she also feels no stress to fill her brother’s footsteps.

“I don’t feel I have anything to live up to,” she said.