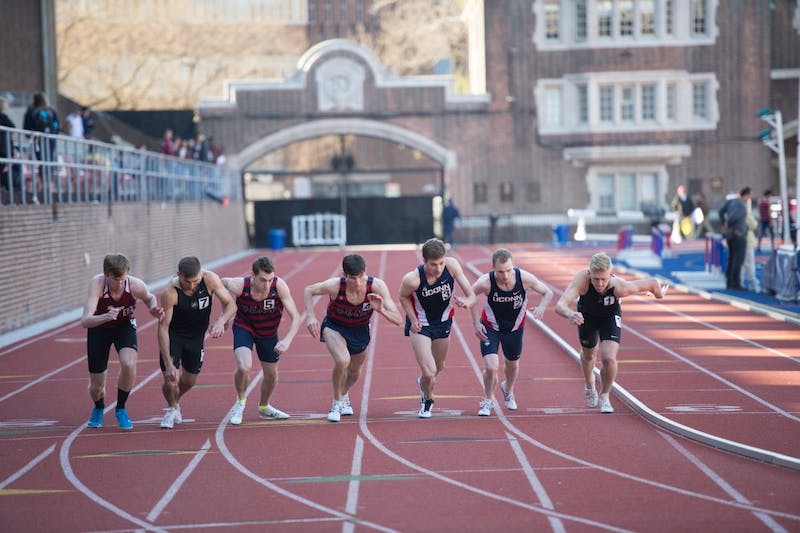 Penn Track and Field put up a dominant performance in the Penn Challenge Meet this Saturday. Both the men and women's team scored 9 first place victories against Villanova, Rider, Army West Point, and Sacred Heart. The women scored a total of 216 points, while the men totaled 177.5. These victories come as the team prepares Florida/Stanford/Texas this upcoming weekend, and looks ahead to the Penn Relays, Ivy Championships, and, for some, the USA Olympic Trials in July. 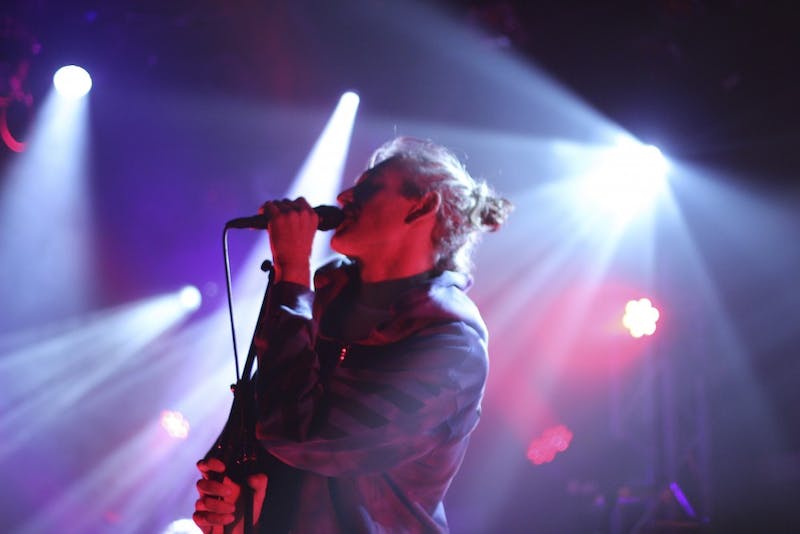 On Thursday night, Hillel hosted a free concert at World Cafe Live, featuring Jewish rapper Matisyahu and American-Palestinian and singer-songwriter Nadim Azzam. This concert was just one stop of a nationwide Hillel-sponsored tour, where Matisyahu aims to "replace boycott and finger pointing with music as a reminder to find the compassion and humanity we share."  Photos by Lizzy Machielse | Associate Photo Editor 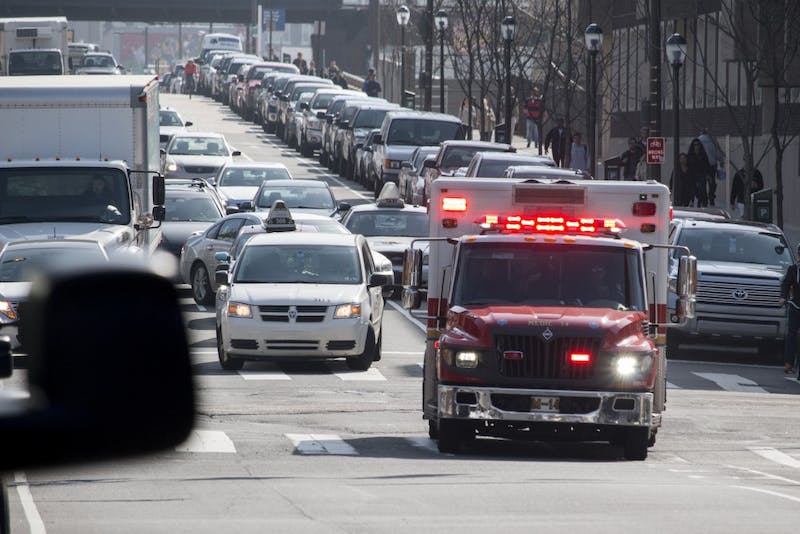 Underground explosion on Walnut: A timeline

At around 10:07 a.m. this morning, an underground explosion rocked Walnut Street between 34th and 36th streets. It blew two manhole covers off of the ground, with one striking a pedestrian. Here's a timeline of the events. (Photos by Julio Sosa | News Photo Editor) 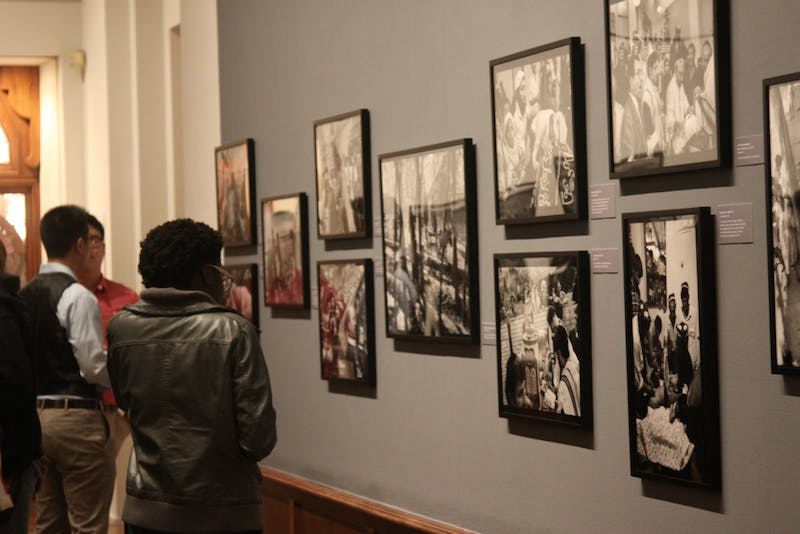 The gallery of Iranian photographer Abbas, Children of Abraham, comprised photos of Muslims, Jews and Christians taken all over the world. From the 1979 Iranian Revolution to the Arab-Israeli conflict to the Hajj pilgrimage to Mecca, from New York to Egypt to China, Abbas followed these "people of the book" and documented what he saw. Selections from his work were on display for the last several months in the Arthur Ross Gallery in the Fisher Fine Arts Library. Photos by Photo Manager Carson Kahoe and Photo Associate Tiffany Pham. 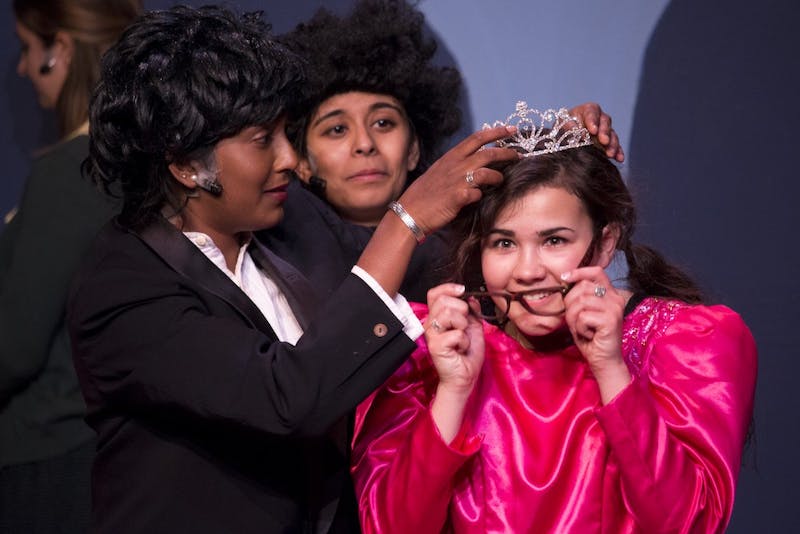 Bloomers closed out their spring show "Continuous: Real Women, Fake Stories" to a full audience this past Saturday night after their fourth performance in Houston Hall. The sketches, which were anchored around the case of a missing prom queen, ranged from the current election cycle (in the tune of "High School Musical") to Dora the Explorer losing her beloved Boots to a drive by bombing at the hands of Swiper the Fox. Performances by the Bloomers band interspersed these sketches, captivating the audience. Although the show has closed out at Penn, Bloomers will be performing in New York City on April 9. Photos by Julio Sosa | News Photo Editor 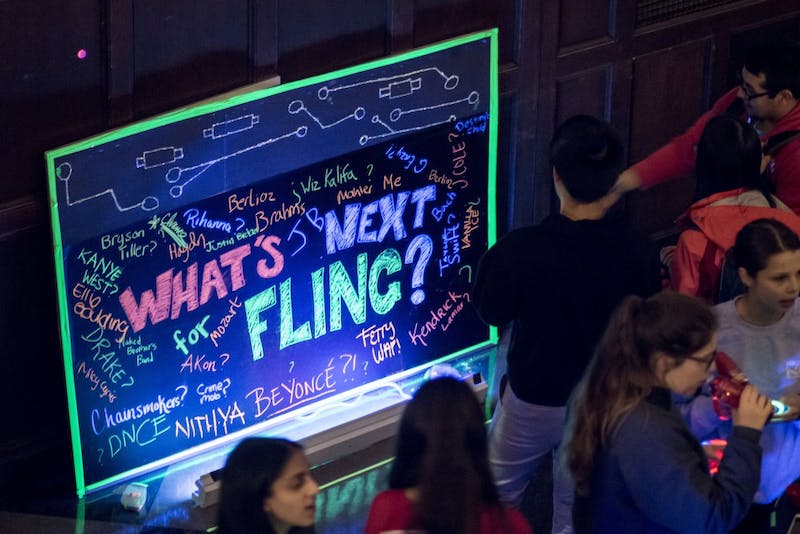 This past Thursday, SPEC hosted an announcement party for the Spring Fling opener. They raffled off the opportunity to buy floor passes, handed out glow sticks, and allowed attendees to guess "What's Next For Fling" on a chalk board. While nobody guessed the opener, someone did the nail the headliner: Chance The Rapper. Eventually they announced the opener to be 3LAU, a 25-year-old Las Vegas-based DJ, and the night ended with a performance from Penn Hype. Photos by Julio Sosa | News Photo Editor 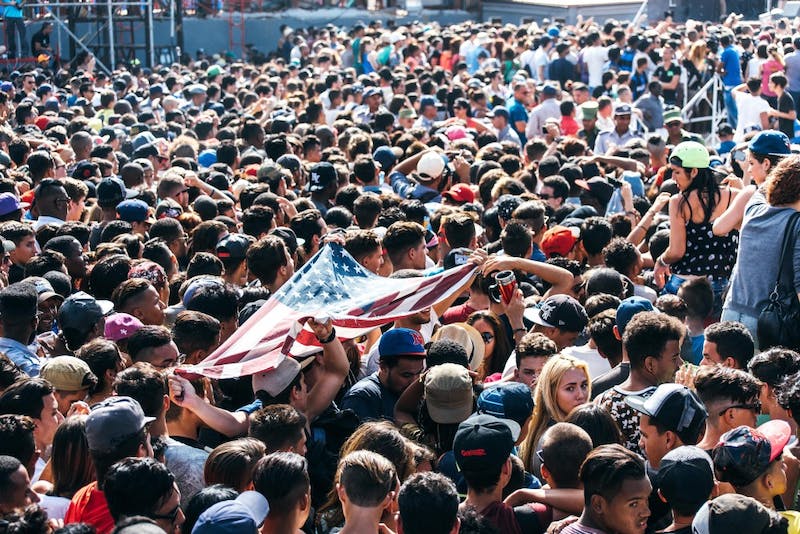 American electronic music trio Major Lazer – comprised of Diplo, Jillionaire, and Walshy Fire – performed a free show this past Sunday, March 6 in Havana, Cuba in front of the newly reopened U.S. Embassy. Major Lazer is the first major U.S. act to perform in Cuba in the new era of diplomatic relations between the island nation and the United States- and Penn students abroad were there to witness it. As Major Lazer explained in their press conference, it is important to build bridges between countries and study abroad programs are one way of constructing these connections. Penn has offered its students the opportunity to study abroad in Cuba for over a decade, and without the educational infrastructure and emphasis on these experiences, it would otherwise be nearly impossible for students to witness historical moments such as these.                             Photos by Marcus Katz | Senior Photographer 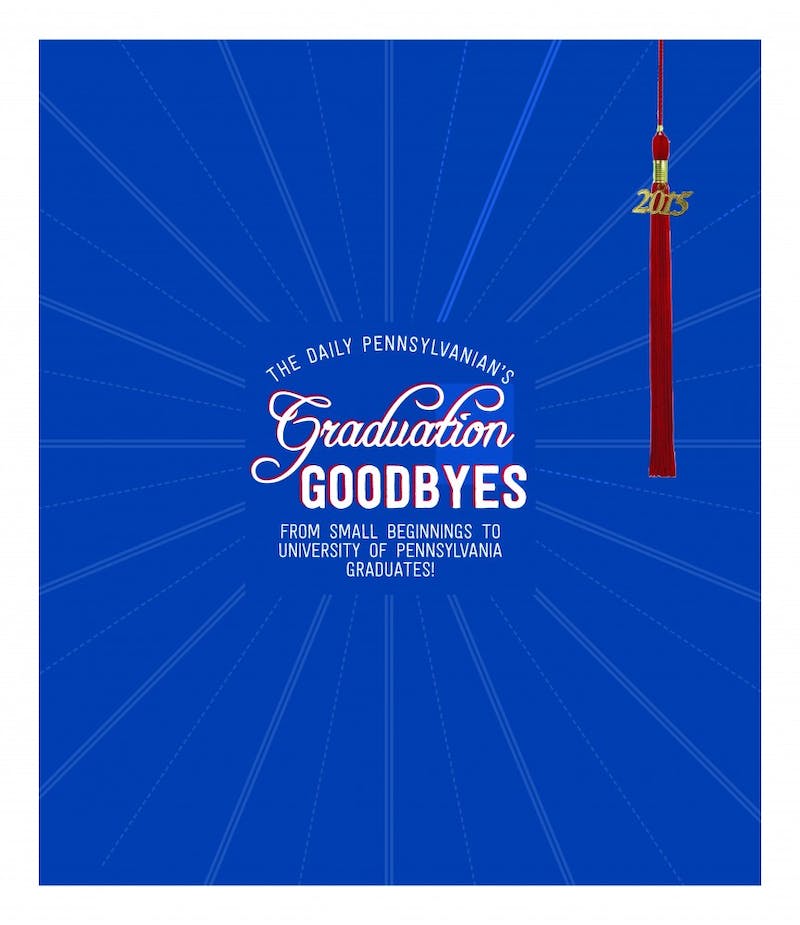 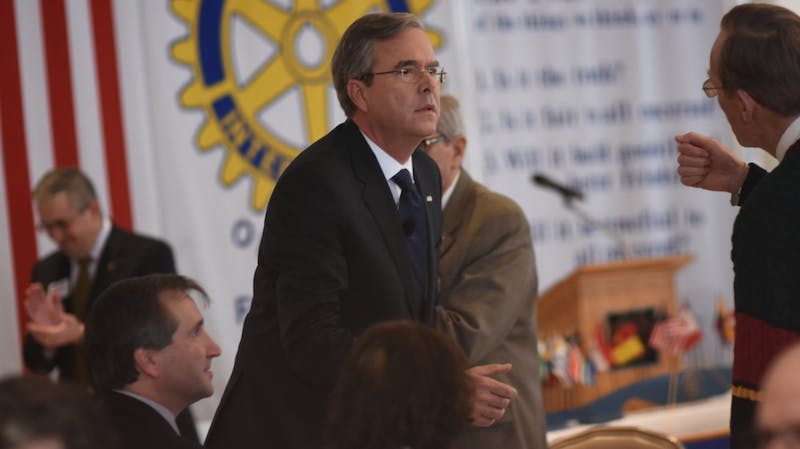 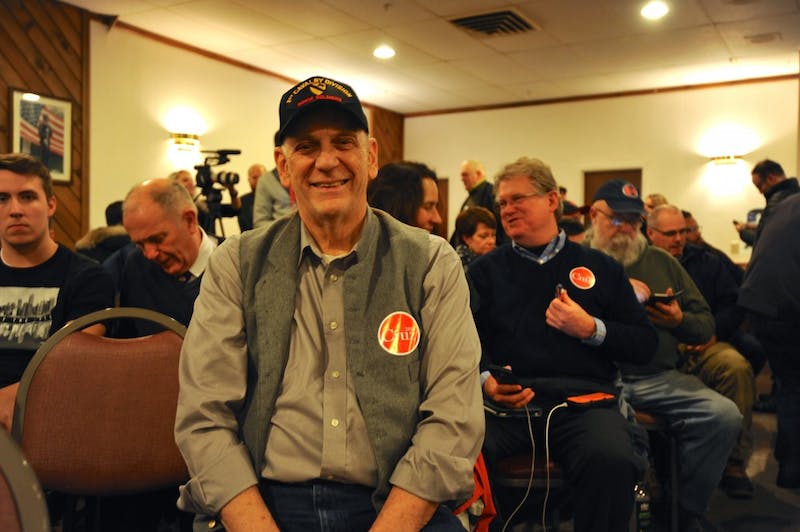 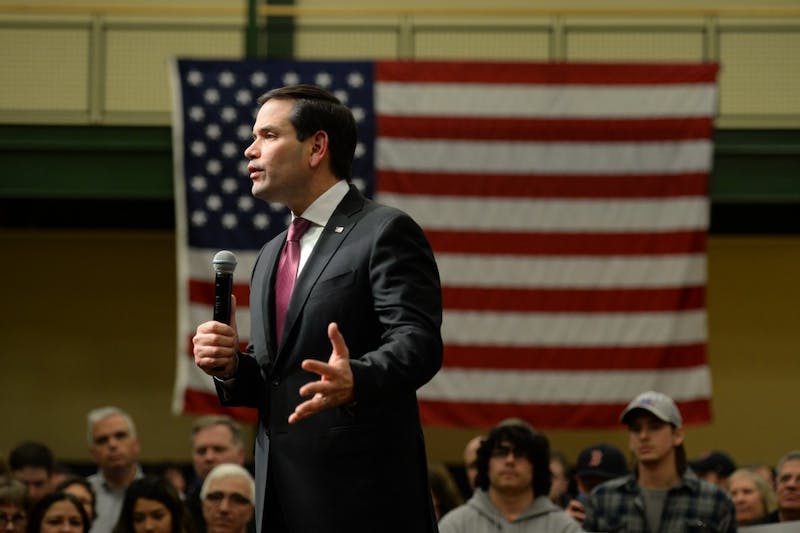 New Hampshire: Before the Primaries 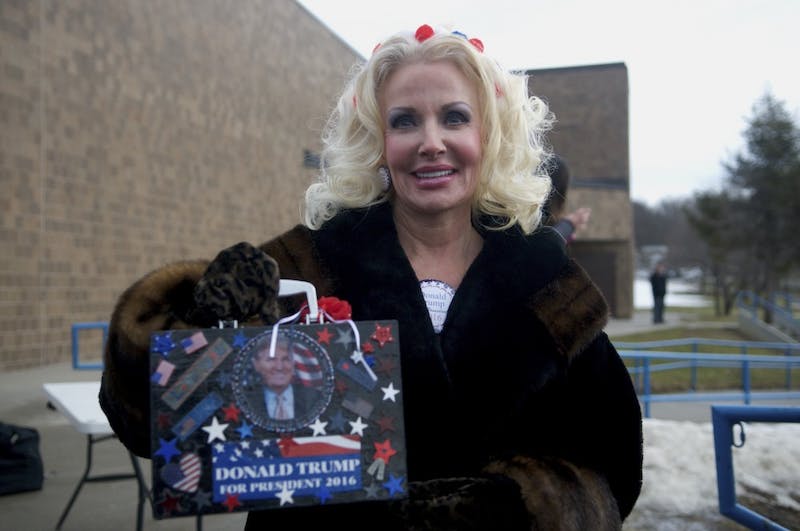 An obvious highlight of the DP’s visit to Iowa was the opportunity to follow Wharton alum Donald Trump’s presidential campaign in the days leading up to the caucuses. Despite the Donald’s blustery speeches, some of the strongest convictions came not from the candidate himself but from his supporters. People came from across the country to see the real estate mogul speak at a rally in the Gerald W. Kirn Middle School in Council Bluffs, Iowa. Here is what they had to say. 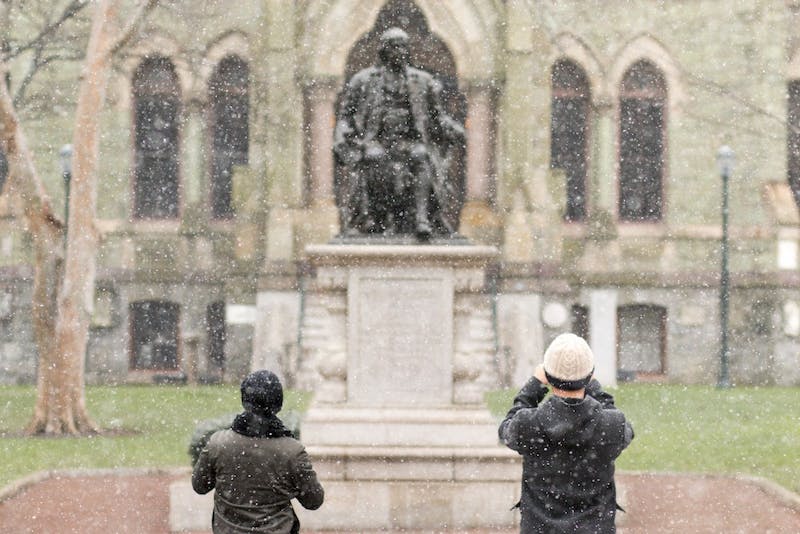 Finally, snow reaches Penn! Students and squirrels around campus enjoy the flurry that occurred over the weekend. 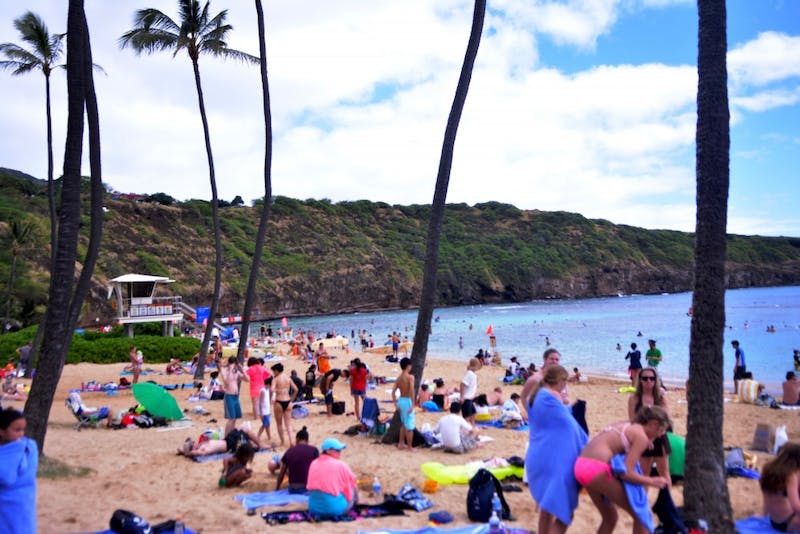 Penn women's basketball welcomed in the new year from Honolulu, where they played two games over six days while still finding time to enjoy their surroundings. 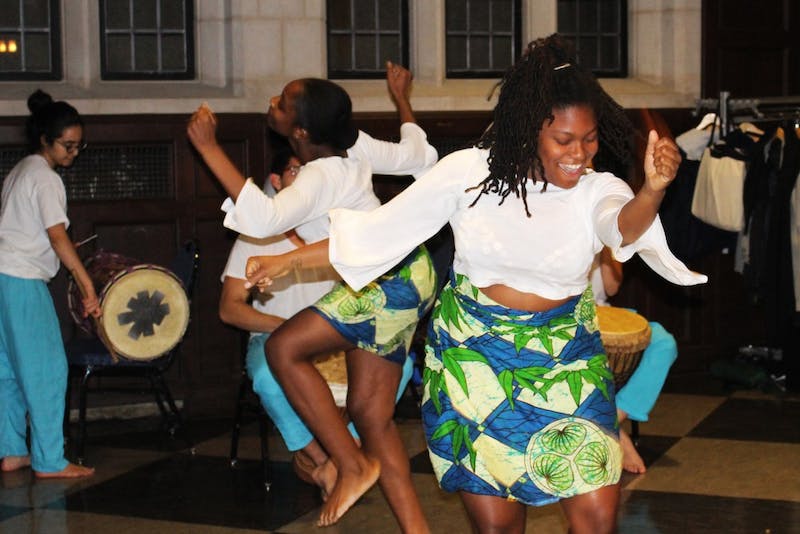 Makuu, The Black Cultural Center at Penn, hosted a Kwanzaa event on Monday. The event included members of both the University and West Philadelphia communities to celebrate the values of collaboration, self-determination, and purpose. The feast brought together students, student groups, faculty, alumni, administrators, and community guests to learn about Kwanzaa. 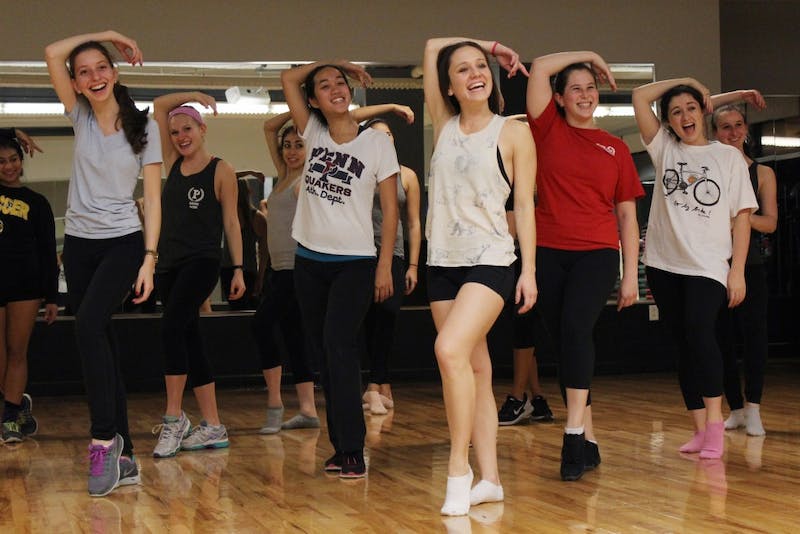 Photo Feature: A Day in the Life

Our photographers profiled a few Penn students who agreed to participate in a project documenting a small part of interesting tidbits of life at Penn. Here are some snapshots of their days. 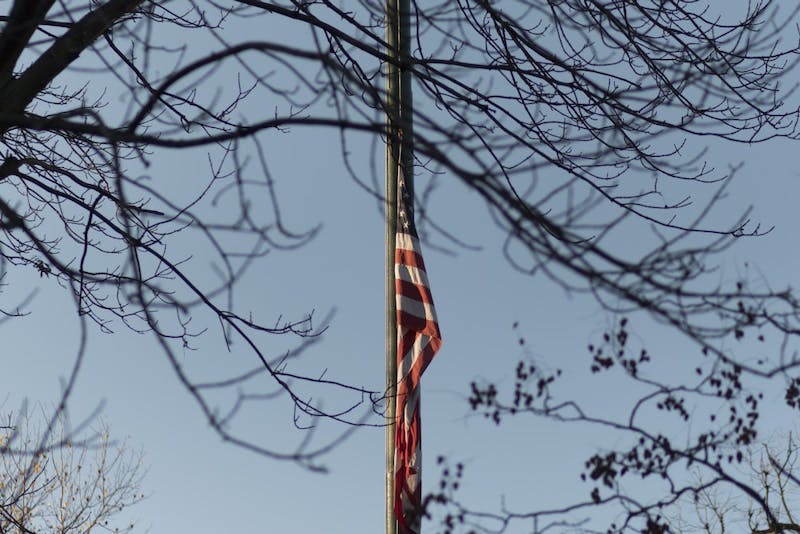 Week in Photos: November 30 to December 6 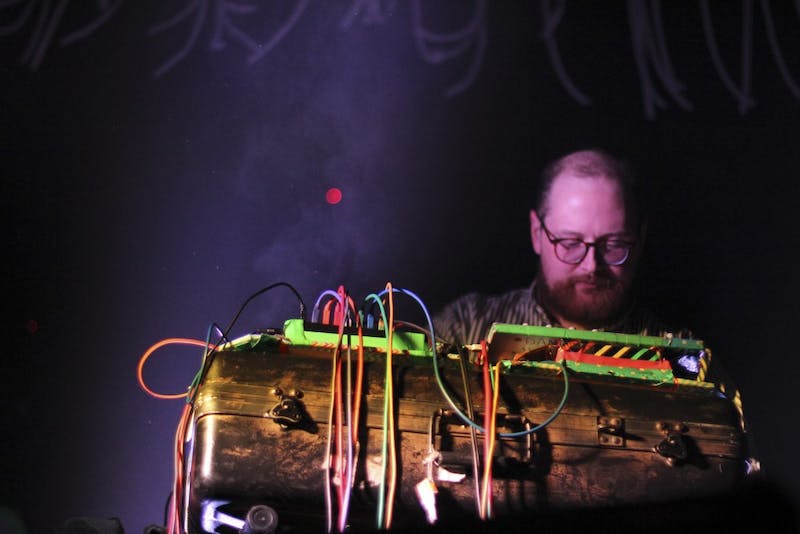 A Recap in Photos: Miley Cyrus & Her Dead Petz

Miley Cyrus played at the Electric Factory on December 5 for her tour, Miley Cyrus & Her Dead Petz. She surprised the crowd with her crazy antics and costumes, dressing like a sun, moon, and baby, and showed off her colorful wigs. At one point she addressed the crowd and Philly as a whole, and recalled stories of her time living in the city // Lizzy Machielse | Associate Photo Editor 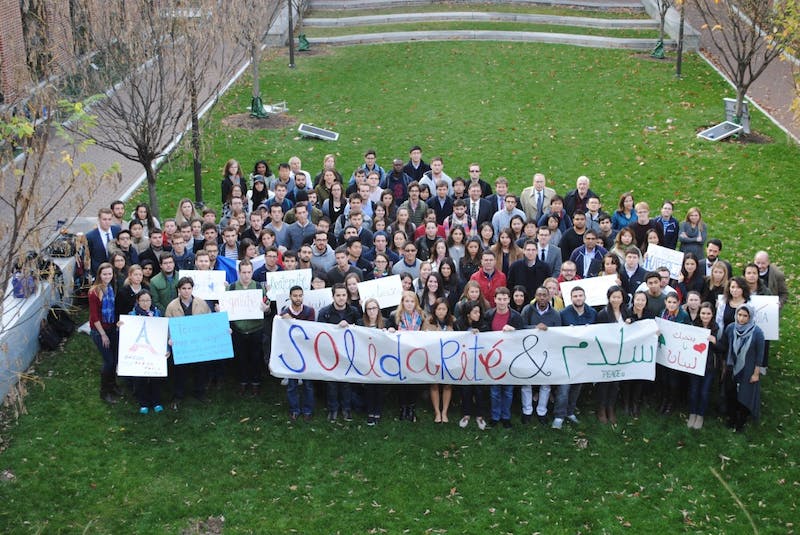 Week in Photos: November 16 to November 22 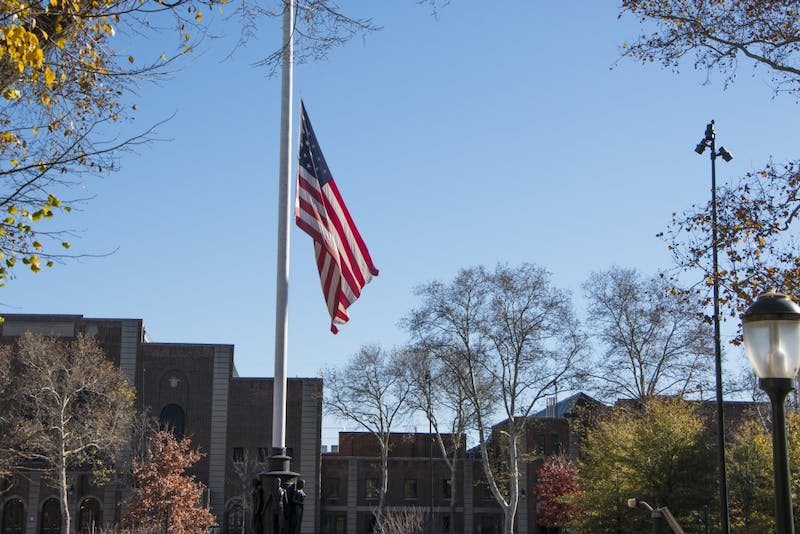