Buchta | Penn women's basketball made progress in LA, but they're not there yet 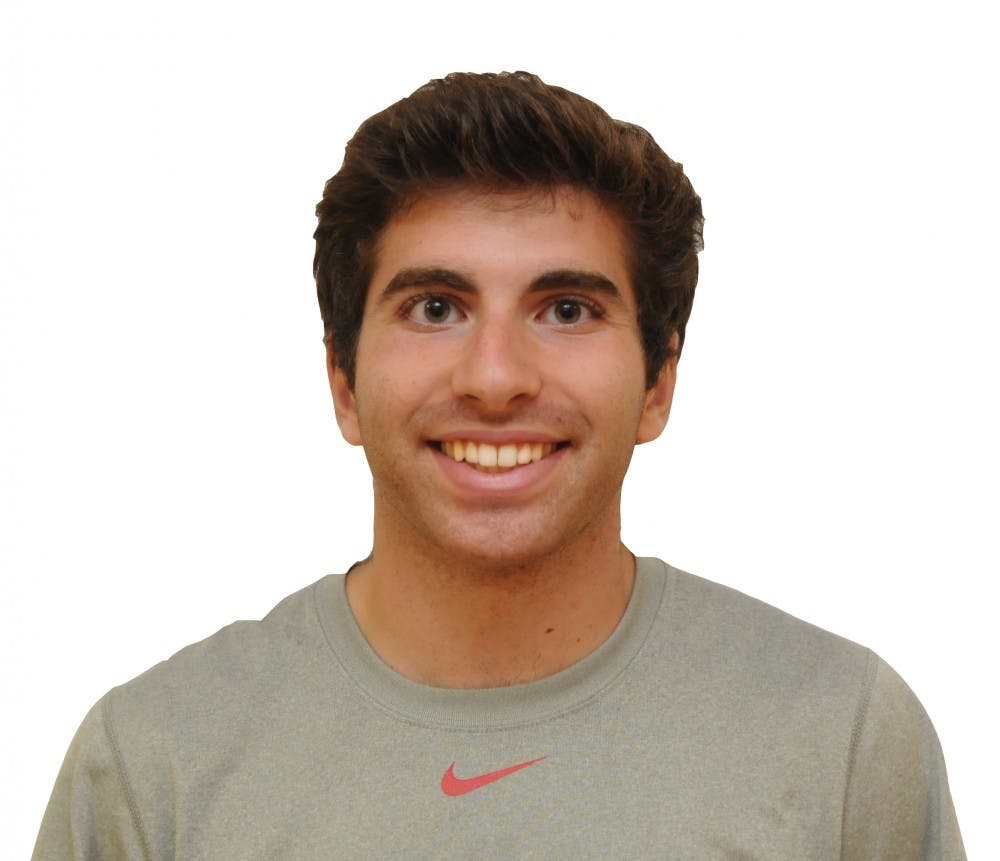 LOS ANGELES — The team that came to California was not going to defend its Ivy title. It isn’t just that Penn women’s basketball hadn’t been playing well — though that was certainly the case. The team just wasn’t built for the haul of Ancient Eight play.

Heading to the West Coast, the Quakers had four players in the Ivy League’s top 10 for minutes played per game. Only junior guard Lauren Whitlatch — having shared time with classmate Beth Brzozowski — did not crack the top 10 among Penn starters.

Watching this weekend, I saw the Red and Blue put up a pair of solid wins. How they got those wins was important. In both games, junior forward Michelle Nwokedi — whose 18.3 points per game were second in the Ivy League entering the weekend — was hampered by early foul trouble. She went 1-for-11 shooting at CSU-Northridge and got her only points from the charity stripe at UC Riverside.

Sure it’s nice to have senior center Sydney Stipanovich averaging a double-double this season, but her strong post play alone is not going to be enough. Nwokedi has been an absolute force so far this season, but her physical style of play will take a toll — especially when the Red and Blue will have to play five games in nine days to close out the season if they make the conference championship game.

“She’s drawing some attention. She has to learn how to play around that,” Penn coach Mike McLaughlin said. “She was trying to make something happen that wasn’t there, she was trying to play through a double team without relying on others.”

When McLaughlin needed another player to step up in the post alongside Stipanovich this weekend, it was sophomore Princess Aghayere who answered. She put the team on her back offensively against the Matadors, scoring a career-high 13 points on Saturday before adding another 10-point performance on Monday.

With the forthcoming wear and tear of Ivy play on the horizon, it appears that the Quakers may have finally found the player who can give Nwokedi and Stipanovich needed rest through the slog of Ivy weekends.

Headed into this two-game stretch, the bench had contributed just 60 of Penn’s 461 points this season — with 28 of those coming from Brzozowski. Something clicked against UC Riverside — the team with the second-best RPI amongst the Quakers’ opponents so far this season.

Monday, Stipanovich was the lone starter for the Red and Blue to break double digits. Instead, it was a trio of players of the bench who paced the Quakers. Aghayere had her 10 with 11 from Brzozowski. Freshman Phoebe Sterba, with 15 points, led the way with a 5-for-6 performance from range. McLaughlin thought it was the first time in his tenure where he had three bench players score 10-plus. It’s definitely the first in my four years here.

Penn had been the worst three-point shooting team in the Ivy League prior to this weekend. One performance from Sterba is not a panacea. But it feels like things are about to start coalescing for the Quakers.

“Look at our first ten games, I thought that we left a couple on the table there,” McLaughlin said. “I thought we had opportunities with other games to win the game and we didn’t, so it’s nice to get two more to go to 6-4, but we all know it’s about the next three. It’s Princeton, Yale and Brown, that’s what we’re trying to gear ourselves for.”

Entering the season, Penn was the rightful favorite to defend the Ancient Eight crown. I was one of 17 voters who unanimously selected them to do so in the Ivy preseason media poll.

But the team that came to Los Angeles was not ready to win a third title in four years. It was a team that was relying on too few components. The Ivy schedule takes its toll on everyone. You need more than five players in order to contend.

Penn’s not there yet. But the pieces are coming together.