After ten years away, Roger Reina returns to Penn Athletics 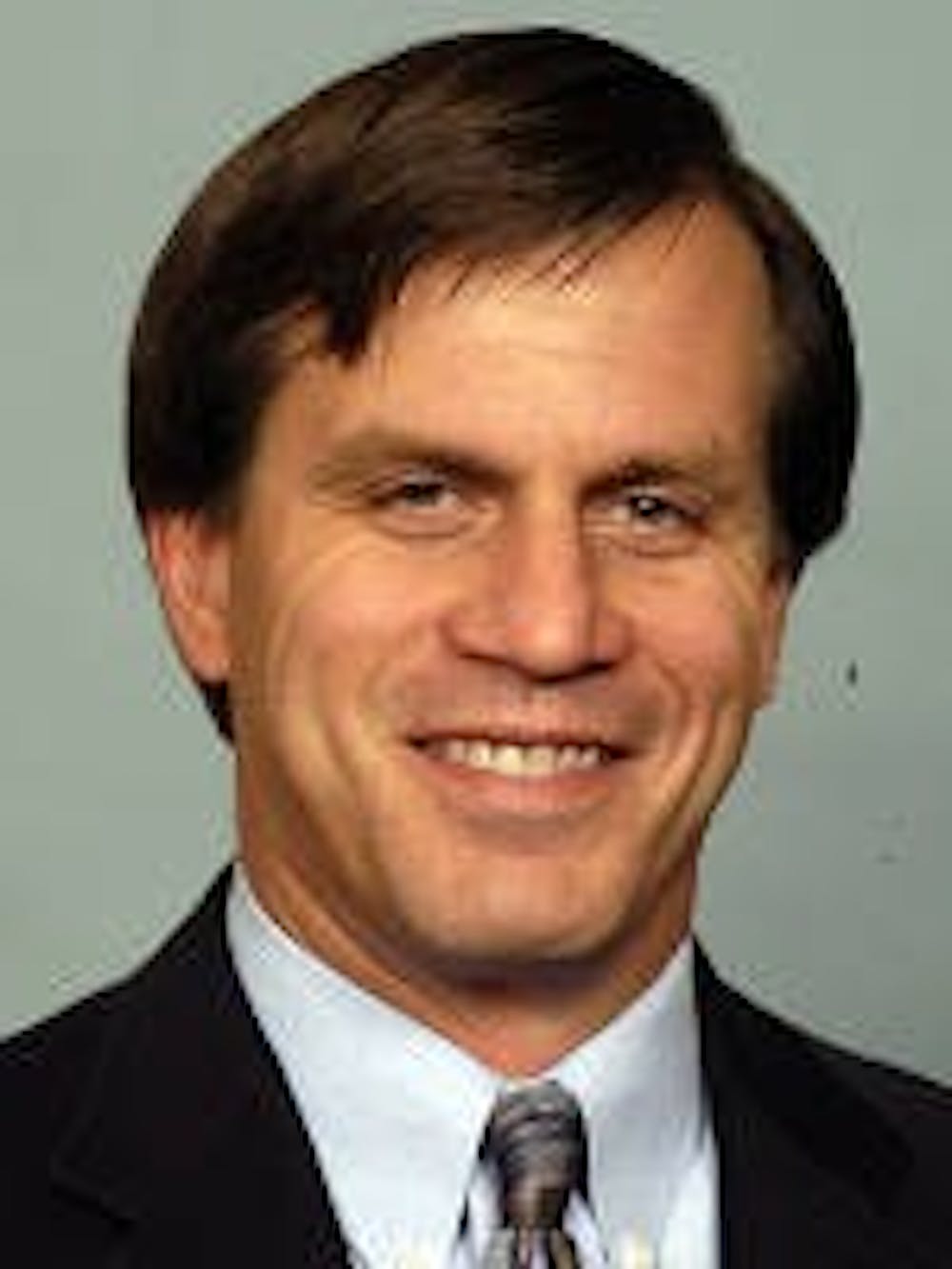 It was time to bring in the big guns.

In the face of lagging student interest and attendance, Penn Athletics began a process of reorganization last summer that ended with Roger Reina coming back into the fold as senior associate athletic director for external affairs after nine years away.

Reina was no stranger to the Red and Blue.

After four years as a wrestler for the Quakers, Reina graduated from the University in 1984 — only to return in two years as the team’s head coach. Nineteen years, 63 NCAA Qualifiers, 31 Eastern Intercollegiate Wrestling Association Champions, 17 All-Americans, four consecutive EIWA titles, three NCAA finalists, an NCAA Champion and an Olympic Gold Medalist later, he left the program as its most storied coach.

RELATED LINKS: Revitalizing interest in the Red and Blue

His ties to the University did not end there. Before eventually taking a position in business development at TicketLeap, Reina moved over to Penn Medicine serving as major gifts officer and eventually director of development.

This, along with several other roles in development before his return to Weightman Hall, gave the former coach more formal experience in external relations beyond his own work bringing people into the Palestra for 19 years that he is able to use in his new role.

“To me it was a really exciting opportunity to bring the experiences that I had gained in the commercial world and the technology world and come back to a very familiar landscape with a new lens,” he said.

So when Athletic Director Grace Calhoun was looking for a new senior associate athletic director for external affairs, she didn’t have to look far.

The creation of Reina’s position is part of an ongoing process in Penn Athletics to bring students back into the fold. Structurally, this move had the largest effect, bringing athletic communications and sports marketing under a single umbrella.

From the outset, Reina and his team have worked to find new ways to replicate the fan bases present when he coached at Penn throughout the ’90s.

“We want to replicate the attendance,” he noted. “But it’s a different landscape for marketing entirely. So we’re cognizant of that.”

“I think there are so many things bombarding the students,” Director of Marketing and New Media Josh Craggs said.

“It’s harder to get through the clutter.”

There is no question that the challenges of marketing to students are foremost in the minds of the external relations staff, but there is also recognition that this is not a problem endemic to Penn. Calhoun and Reina both alluded to long-term trends nationally that make it difficult to reach the student body.

Before the creation of his position, too many different roles fell on too few senior administrators. With Reina’s move, the hierarchy was simplified.

“I don’t think the position has changed that much,” Craggs said. “We have a lot more access to our boss.”

Though it looks to be no easy feat, the administrators are under no illusions about the challenges. With Calhoun presenting a fresh burst of energy to the department as she took over last year, Reina offers the added perspective treating Penn Athletics as a 240-year-old startup.

“I think we’re trying to measure more of what we’re doing here,” Reina said. “And some of that came from my experiences at startups, where there’s a lot of measurement tools.”

“The bigger change is just a national change that we see in that students no longer want to go as those passive bystanders and spectators to the events,” Calhoun explained in January. “So we have to find ways to increase the entertainment value, to make it more engaging, where there are more participatory opportunities where you’re doing things on the video board in games, surveying the competitions happening.”

For Reina, this means using every tool at the University’s disposal, including capitalizing on its Philadelphia setting.

“We’re in a significant media market. So not only from a standpoint of engaging students, engaging the local community and youth sports teams. We’ve got a tremendous advantage over our friends in Ithaca, for example.”

The mission is a personal one, which Reina acknowledges.

“As an alum and as a former coach here, I take it very personally that people connect while they’re here and they don’t graduate and miss that opportunity,” he said.

“So I know that senior class when they rushed the field, I was looking at them, and I remember seeing a football player’s eyes open up when his peers rushed the field. It was just the coolest thing in the world, the senior class was rushing out, and I was like, ‘They almost missed this chance.’ And so it doesn’t need to be missed. It can be celebrated.”